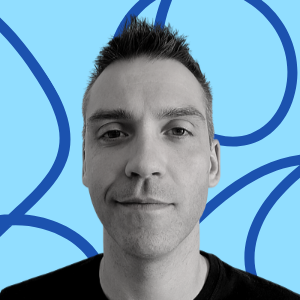 I’ve never participated in a Pride parade except to disrupt it. This likely results from me being a queer punk, hating anything corporate, and growing up in small towns in the ’90s and early ’00s where there were no parades.

I was a baby queer, an anti-capitalist, and an anti-authoritarian hell-bent on unsettling my fellow gays.

I’ve gone to Pride parades to throw glitter at cops and confront the Home Depot float with the short-lived, but fiery Naughty North collective in Portland, Maine. I’ve also crashed the Pride parade with Pervers/cité in Montreal, ripping up rainbow Viagra advertisements plastered along the streets as we cackled and marched before bewildered onlookers.

While the confrontation was delightful, a small moment of queer reclamation in a sea of consumerism, the corporate and state-based pinkwashing was just too much to bear.

How could I go anywhere near this toxic mix of brand queerbaiting and pandering by political parties that literally want us dead? I skipped Pride for a few years before rejoining upon my move to Ottawa. The group called Prostitutes of Ottawa-Gatineau Work Educate Resist (POWER) was my reason to return.‍

While the fortunes of urban middle-class aspiring gays and lesbians (and a growing number of trans people) have changed significantly over the last forty years, sex workers are still criminalized, stigmatized, and pathologized.

In the past, queers and whores were targeted by the same laws used to raid bathhouses and brothels in Canada, and both groups have been treated as diseased pariahs unfit to be around children, even their own.

Historically, our broader society treated both groups with contempt for simply existing. While the treatment of gays, lesbians, and some trans people has improved considerably (not without exceptions), the fate of whores remains relatively unchanged, legally and socially.

It’s worth noting Justin Trudeau’s 2017 gay apology, and attendant expungement legislation did not include those who had been arrested under Bawdy House laws—the primary law under the criminal code used to terrorize queers and whores alike.

Of course, these two groups are not mutually exclusive. Queer and trans people have always been over-represented in commercial sex industries. Many of the founding members of early groups like the Canadian Organization for the Rights of Prostitutes (CORP), the Prostitutes Safe Sex Project (PSSP), Maggie’s, and others were indeed queer and/or trans.

Danny Cockerline (1960-1995) is one such queer HIV-positive whoreganizer who has largely been forgotten in both the history of queer activism in Canada and the sex workers’ rights movement. North Bay born and raised, Danny moved to Toronto to go to university and be gay. An all too familiar story of queer urban migration we’ve heard before.

While working as a reporter for The Body Politic in the early 1980s and through his close friendship with his housemate, lesbian activist Chris Bearchell, Danny connected with a sex worker named Peggie Miller. Peggie was looking to connect with the gay rights movement to work together and fight the Bawdy House laws, under which they were both persecuted.

Shortly after, the Canadian Organization for the Rights of Prostitutes was formed in 1983, and Danny went from reporting on bathhouse raids and sex worker harassment in the gay press to becoming a sex worker himself.‍

As the AIDS crisis was about to envelope this growing movement, the CORP’s work would soon be split between the fight to decriminalize sex work and harm reduction/safer sex outreach for sex workers, prostitutes in particular. Danny would go on to design the first-of-its-kind pamphlets, brochures, posters, buttons, and other outreach material for the PSSP. ‍

During this time, Danny developed a consciousness about the ways in which sex workers were framed as disease carriers infecting the general population and how this didn’t match reality.

Sex workers have always been safe sex pros, well versed in disease and pregnancy prevention well before HIV/AIDS; it’s literally a working condition, not an afterthought. These reflections are evident in his travel diaries held at the ArQuives.‍

Danny would later disrupt the 1989 Montreal AIDS conference with fellow sex work activists like Valerie Scott, Cheryl Overs, and Carol Leigh, among others. Their outrageous antics are captured in a short documentary, Our Bodies Our Business (2016), a must-see this Pride season as the International AIDS conference returns to Montreal for the first time since ’89 later this summer.

As I prepare to attend parts of the conference myself, I wonder what Danny would have thought about the current state of sex work in Canada.

Many sex worker service organizations perpetuate myths of disease contagion by taking public health money for HIV prevention programs, despite there being no epidemiological evidence that sex workers in Canada, men or women, have higher rates of infection for HIV and other STBBIs. This is contrary to the folk wisdom of non-profit administrators with legions of social workers uncritically repeating their claims. Since HIV doesn’t travel on money, the correlation between sex work, risk-taking, and HIV prevalence is conjecture at best.

I wonder too, what he’d think about the well-meaning PrEP pushers who haven’t consulted sex workers or considered why a sex worker may or may not want to be on PrEP, and what unintended consequences the rollout of PrEP might have on the working conditions of sex workers of all genders.

Like the concerns raised by sex workers across Canada at a sex worker-organized conference on PrEP in 2016, these concerns included the worry that pushing PrEP on sex workers as a so-called target population could lead to some workplaces introducing new regulations where sex workers would be required to take PrEP, and their adherence monitored.

Concerns also included the potential new expectation of clients that sex workers use PrEP in place of condoms, resulting in increasing STIs and unwanted pregnancies. Or, if one insists on condoms in place of or in addition to PrEP, they may not be able to keep clients or attract new ones.

If taking PrEP as sex workers becomes the new norm, some are worried that individual sex workers will have less leverage with clients that they use condoms and would create division and competition between sex workers who are and sex workers who aren’t on PrEP. Furthermore, with many gaps in our healthcare system and access to PrEP uneven and expensive, this leaves the most marginalized to be impacted by these unintended consequences.

And most service providers pushing PrEP on sex workers seem to forget that sex workers also have personal lives, including partners and sex outside of work. The majority of guys who do sex work that I know who use PrEP take it for the sex they have outside of work—not for their clients. Some don’t tell their clients they’re taking PrEP, so workers can negotiate that condom use more easily, while others happily advertise their prophylaxis use. PrEP might give added peace of mind in the workplace concerning HIV risk, but the reality is that sex workers are people with lives, and their risk of HIV outside work is just as important as their risk at work.

I also wonder what Danny would think of the sex worker support service agencies that stand in for a sex worker rights movement in Canada, some of which he had a hand in founding. I’m curious to hear his reflections on the recent hearings on the current anti-prostitution laws where activists emphasized sex workers’ vulnerability and lack of agency instead of asserting sex workers’ charter right of the freedom to associate?

While Danny is no longer here with us to share his brilliance, wit, and humour, we can honour him by remembering his life and work and thinking critically about how he would have pushed us to if he were still with us.

Ryan Conrad is an Ottawa-based writer, activist, and teacher. He volunteers with both MAX Ottawa and TOMQ, a sex worker-led outreach and empowerment project for guys who do sex work in Ontario and Quebec. His work is archived online at faggotz.org.

What Is Straight Pride & Why Is It Toxic?

It’s Pride month! Time for street fairs, rainbow everything, and that one friend who asks that old question: “How come there’s no straight pride?"

PrEP can be daunting. Here's everything you need to know about what PrEP is, how it works, side effects, cost, and whether it's right for you.