HIV prevention can be a daunting, anxiety-provoking thing to think about. We've tried to make it easier to understand, and lay out some of the different ways you can prevent HIV.

HIV, the acronym for human immunodeficiency virus, is a virus affecting the immune cells in your body. These are essentially the cells that fight against illness and injury. HIV weakens the immune system, making it more difficult to recover and heal from general infections and HIV-related diseases. If left untreated, HIV can develop into acquired immunodeficiency syndrome, the disease more widely known as AIDS, for which the prognosis is not so optimistic. The good news is, with earlier detection and high adherence to treatment, the majority of HIV positive individuals do not develop AIDS.

It is possible to have HIV without knowing it, and while there is currently no cure for HIV, there are treatment methods that have made it possible for people with HIV to live long, healthy lives. This emphasizes the importance of getting tested, even if you haven’t knowingly come in contact with an HIV positive person!

2. How does a person contract HIV?

Truth be told, everyone possesses some degree of risk when it comes to contracting HIV. It doesn’t matter what your age is, sex, gender, sexual orientation, race, ethnic origin, etc., you could come in contact with, and contract, HIV. Some people are more vulnerable to getting HIV, but no one is completely impervious to it.

HIV can only be transmitted when the blood, semen, rectal/vaginal fluid, or breast milk of an HIV positive person enters the bloodstream of a person who does not have HIV. The most common interactions that present HIV risk involve sexual encounters, and through sharing needles for injection drug use (including illicit drugs, steroids, or hormones).

3. How many people have HIV in Canada?

At the end of 2018, national HIV estimates suggested that there were approximately 62,050 Canadians living with HIV, of which, an estimated 8,300 were living undiagnosed. To put that in perspective, those 62,050 people represent a prevalence rate of 167/100,000 Canadians.

The number of new HIV infections has increased over the years in Canada, with an estimated 2,242 new infections recorded in 2018, reflecting an incidence rate of 6/100,000 people.

Unfortunately, of the above stated incidence rates, gay, bisexual, and other men who have sex with men represent just over 50% of all new HIV infections despite only representing 3-4% of the adult population in Canada, which is a depressing statistic.

These numbers can be scary on their own without an understanding of treatment and prevention methods and estimating the actual risk of contracting HIV is not a simple, generalizable task.

4. What is the risk of getting HIV?

Now, it’s important to note that these estimations do not take into consideration various compounding risk factors, and attempting to do so is nearly impossible in a meaningful, generalizable way. This is why it is incredibly important to consider getting routine HIV testing done and follow up with experienced clinicians who have a comprehensive understanding of HIV, treatment, prevention, and individual risk factors.

5. What are the different methods of preventing HIV?

There are various different methods of preventing HIV transmission, and the best way to reduce your risk is to use more than one in combination. Some prevention methods are specifically targeted towards those who are HIV negative, and others are only available for HIV positive people in order to reduce their risk of transmitting HIV to their partners. However, many HIV prevention methods can be used universally, and even if you can only incorporate one method of prevention into your life, that’s a positive step towards making your sexual health a priority and reducing HIV transmission!

Here are a few suggestions of different prevention methods, some of which you can read more about below:

When used consistently and correctly, condoms have been proven to be highly effective in preventing the transmission of HIV. Condoms are impermeable to HIV when made of latex, polyurethane, nitrile, or polyisoprene; HIV cannot pass through these materials. (What are all these you ask? Different materials condoms are made of! Most drugstore brands are made of one of these materials.)

Condom use is most effective at preventing the transmission of HIV when accompanied with a water or silicone-based lube. Avoid using oil-based lubricants as they can deteriorate condoms and increase the risk of condom breakage.

Even when used properly, consistently, and paired with your favourite water or silicone-based lubricant, it is possible to experience condom breakage, slippage, or leakage, reducing the efficacy of condoms in preventing the transmission of HIV. However, research suggests that condom failure rates actually decrease with frequency and of use and number of failed condom experiences, suggesting that the likelihood of condom failure decreases as a person becomes more comfortable using them, and learns to use them correctly. The moral of the story here? Use condoms consistently and correctly, and consider pairing condom use with additional prevention methods to ensure the safety of yourself and your partner(s)!

PEP is a series of pills you can take very soon after you’ve been exposed to HIV (e.g. unprotected sex) that lowers your chances of getting it. The caveat? You have to start PEP within 72 hours (3 days) after you were exposed to HIV or it wont work. With PEP, the sooner you start, the more efficacious it is - every hour counts!

You take PEP 1-2 times a day for 28 days. The medicines used in PEP are antiretrovirals and are some of the same medications used in PrEP (to prevent HIV) and ART (to treat HIV) - both of which are described below.

PrEP is the abbreviation for pre-exposure prophylaxis, referring to the method of HIV prevention involving daily oral intake of a pill most commonly known by its brand name Truvada. PrEP is used only by individuals who are HIV negative, and its efficacy relies on being highly adherent to the medication’s guidelines. There are technically two ways of taking PrEP, but the only method approved for use by Health Canada is daily oral use. Some people consider the use of PrEP ‘on-demand,’ which is an intermittent method of using PrEP, but is not approved by Health Canada because the research surrounding it is limited, and it is less effective than daily use.

With high adherence to the use of daily oral PrEP, the risk of HIV transmission is reduced by 99%. You heard that right, 99%! Although the effectiveness drops if PrEP is not taken everyday. Most people who choose to go on PrEP are able to tolerate treatment well without any side effects or long term effects on their health.

PrEP is the most effective way of reducing the risk of HIV transmission for an HIV negative person, but it’s important to remember that taking PrEP daily does not reduce the risk of contracting other STIs. The most comprehensive prevention plan includes the consistent, correct use of condoms, open communication between partners, engaging in ongoing medical care, and, where relevant, and general sexual health counselling and care.

If you would like to understand whether PrEP is for you, check out our article “Is PrEP for me?” or consider reading about Jason Garcia’s (Freddie patient and model) experience on PrEP.

Getting PrEP hasn’t always been easy. Awareness of PrEP is still not quite where it should be in order to increase accessibility to those who could benefit from it, and the vast majority of clinicians are not well-educated or experienced in HIV prevention and the use of PrEP. We recommend speaking to your family doctor or booking a free phone call with us.

For those living diagnosed with HIV, Antiretroviral Treatment (ART) can be an effective method of suppressing the amount of virus, referred to as the ‘viral load,’ in the individual’s blood and other bodily fluids, to undetectable levels within approximately three to six months after commencing treatment. A lower viral load is associated with a lower risk of transmitting HIV to sexual partners. Many studies have shown evidence in support of the use of ART in accordance with engagement in healthcare, identifying a sustained undetectable viral load means that the individual will not transmit HIV sexually. However, it is important to note that in order to achieve an undetectable viral load, one must adhere diligently to ART, and that choosing ART does not guarantee that an individual will be able to achieve an undetectable viral load.

HIV prevention can be a daunting, anxiety-provoking thing to think about. If you’d like to speak with a Freddie clinician to better understand your options, reach you! You can book a free phone consult with us anytime. We’re here for you to provide a judgement-free, inclusive, welcoming space for you to express your needs and concerns, and to assure you that there are options, no matter who you are, and we support whatever decision you make for yourself. 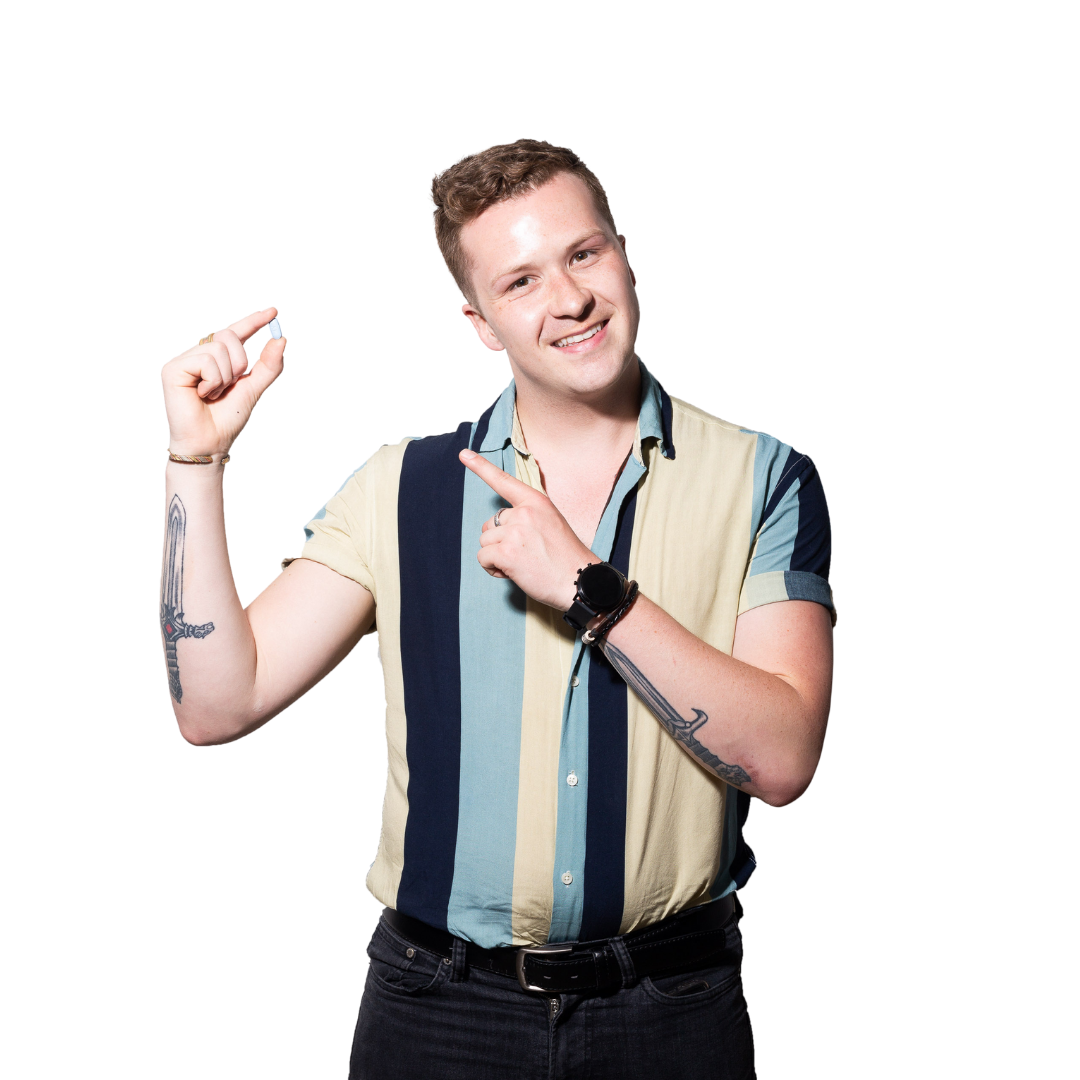 DO YOU WANT TO PREVENT HIV WITH PrEP?

Complete a one minute PrEP assessment and book a free phone call with our expert care team.