What Is a Size Queen & Why Do They Exist? 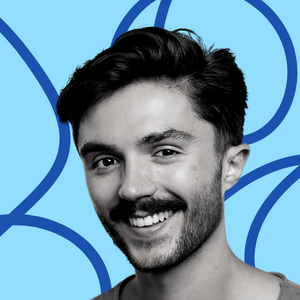 You arrive at brunch, hair dishevelled, and the first question your friends want to know about last night is: did your hookup have a big dick?

Of course, your brunch friends could ask whether last night's date spooned you, if he warmed up your muffins, scrambled your insides or stirred your cream – just the way you like. But instead, the meaty question on everyone's lips is around the length of his sausage.

We live in a pornified culture where penis size is often viewed as the ultimate indicator of sexual value. If beefy burritos are your thing, there's nothing wrong with embracing that fetish.

What is a size queen?

A size queen is a slang term for someone who prefers their sexual partners to have an above-average sized penis.

For some folks, the look, feel and energy hits differently. This preference is advertised across Grindr with many profiles labelled "8 inches +" or "looking for hung."

The perceived importance of size may depend on an individual's race, expression of masculinity and overall sexual privilege. For example, Black men are often assumed to have large penises and may be harshly judged if they don't fit this racist expectation.

In some measure, whether penis size is your top priority, we are all influenced by this hierarchical view of bodies.

So, let's break down this yardstick and talk inches.

Do I have a big dick?

Most erect penises fall within the range of five to seven inches. Although there is a long history of men inflating their measurements when asked to self-report, recent studies find the exact average to be 5.17 inches in length.

Therefore, if your member exceeds this benchmark, you may be entering above-average anaconda territory. Is that cause for celebration? Perhaps, although the reality is more complicated.

Ian Howley, CEO of GMFA, believes that there are mental-health consequences for those on either end of the spectrum: "Your relationship with your penis is important," he says. "If you think negatively about your penis, then this will affect the sex you have, the risks you take, and even your self-esteem and self-worth. Likewise, if you have a bigger than average penis, this can lead you to be anything from over-confident to feeling used at times."

The double-edged reality of having a large sword is that people often expect a masculine guy to wield it. There's a whole package of cultural beliefs associated with this marker of manhood.

In other circumstances, those who are hung might feel inherently talented and neglect meaningful communication about their partner's preferences. Indeed, having a penis is not a skill—despite what the patriarchy might tell you.

Ultimately, the single most significant factor in determining sexual fulfilment is not where someone falls on the anatomical spectrum but their ability to communicate with their partner.

Communication allows for ingredients like kissing style, pace and preferred positions to align for both parties. After all, how satisfying can sex be if a partner doesn't know what you enjoy?

Do I have a small dick?

Any queen worth her crown can verify that each dick has its own unique shape, thickness, character, and personality. Hundreds of millions of people have enjoyable sexual experiences with partners below the average size of 5.17 inches.

Sex is so much more than the penetrative act, and, as the saying goes: the penis does not make the man.

Nonetheless, the pressure to be well-endowed carries an emotional toll for many. Almost half of those with penises report genital dissatisfaction and worry that their natural size will limit their overall sexual desirability.

The history of thick and thin

A small penis wasn't always considered a shortcoming. This shortness has actually been admired in different historical periods.

In Ancient Greece, a small penis was associated with a "rational, intellectual and authoritative," man while "large penises were associated with very specific characteristics: foolishness, lust and ugliness." The perfect man wasn't portrayed as having an average pecker, but a small one.

In Aristophanes' ancient play The Clouds, the most romanticized male traits were described as "a gleaming chest, bright skin, broad shoulders, tiny tongue, strong buttocks, and a little prick." This preference was similarly echoed by artists in the Renaissance who didn't require much marble to sculpt the ideal male cock.

While we might enjoy the idea of a robed Adonis plucking grapes from our lips, times have drastically changed, along with our sexual norms. So how did we arrive at this moment in 2022, where small dicks are ridiculed and big cocks admired?

While some Size Queens view this beast of preference as harmless, it can be weaponized against individuals and disempower entire cultural communities.

The stigma of penis size can be particularly emasculating for Queer Asian guys. Since the days of Yellow Peril, Asian men have been portrayed as "sexually deviant, asexual, (and) effeminate."

This trope continues in media such as The Hangover and The Big Bang Theory, where Asian men are portrayed as having small dicks.

Media depictions have real-life consequences for people like John Tao. He has found that penis-based stereotypes influence the roles he performs in bed: "Because I'm Asian, I'm automatically categorized as being a bottom. There's a perception that I wouldn't want to top. You have to be careful because we internalize these stereotypes about ourselves."

Like this stereotype, the broad category of "Asian" is rooted in cultural conceptions rather than genetic or biological science. Ultimately, there is tremendous physical diversity to debunk the racist myth that Asian guys all have small genitals. This comparison alone underscores the reality that white bodies are often viewed as the default and not scrutinized in the same way.

While there is a troubled history of portraying Asian men as submissive and effeminate, Black men have often been depicted as animalistic, hypermasculine and hung.

Amongst the crowds of size Queens, some exoticize their partner's Blackness in pursuit of a Big Black Cock (BBC).

Roy Celaire, a Master's student at Oxford University, describes the impact of stereotyping on Grindr, "if I don't live up to this fantasy being a hypersexual Black stud with a big dick, I am immediately rendered dispensable and stop hearing from them."

This dehumanizing behaviour cannot be dismissed as "preference," for it's predicated on a range of racist stereotypes and treats someone's identity as well… an option for brunch.

The impact of these beliefs goes beyond hookup culture (where Asian men are assumed to be submissive bottoms and Black men are pressured to be dominant tops) and can fuel violence.

With the phallus symbolizing masculine power, Black masculinity has historically been constructed as a threat to whiteness. Countless cases, from mobbed castrations to the murder of Emmett Till (who was lynched for allegedly whistling at a white woman), to the more recent Central Park Birdwatching incident, highlight how Black men can be perceived as predatory or hypersexual for simply existing.

Though some Size Queens might frame fetishizing Black penises as a compliment, it is ultimately rooted in this same violent history of dehumanization.

If we can critically reflect on narrow moulds of masculinity and confront the origin of racist stereotypes, we have the capacity to chart new paths.

Indeed, queer icons like Billy Porter and Lil Nas X highlight the power of our community to subvert old tropes and find more expansive ways of defining queerness, sexuality and race. There is room at the table for everyone, but some archaic dishes need to be struck from the menu.

Did that hit the spot?

If low-hanging fruit is a necessity for sex, you may be a Size Queen.

Loads of us are proud of our members and benefit from the social currency they command. Don't get me wrong, big dicks can be a blast. But so can those that are on the smaller side.

We could all stand to reflect on the gendered and race-based stereotypes we've internalized when shopping through the shelves of Grindr.

Many of us are walking away from insecurities rather than running towards pleasure. Bottoms can be hung, tops can be small, and outdated ways of thinking needn't define our cravings or enjoyment around sex.

Sex is like brunch, a combination of flavours that shouldn't be reduced to a single ingredient. May these reflections empower you to find partners who truly hit the spot.

Quinn Lazenby is a sexual health educator based in Toronto, Ontario. Quinn graduated from McGill University with a degree in Political Science and Gender Studies, and has worked for several nonprofits including the Centre for Sexuality and AIDS Community Centre of Montreal. His work focuses on healthy masculinity, consent and bystander intervention. Quinn acted and co-wrote Freddie's Say Goodbye to Awkward Doctor Conversations commercial, and is thrilled to be contributing to the Freddie Magazine.

8 Ways to Be Kinder to Yourself During Weight Change

The average adult’s weight changes between 2 to 6 pounds every day. It’s a normal occurrence. Here are 8 ways to self-care during weight change. 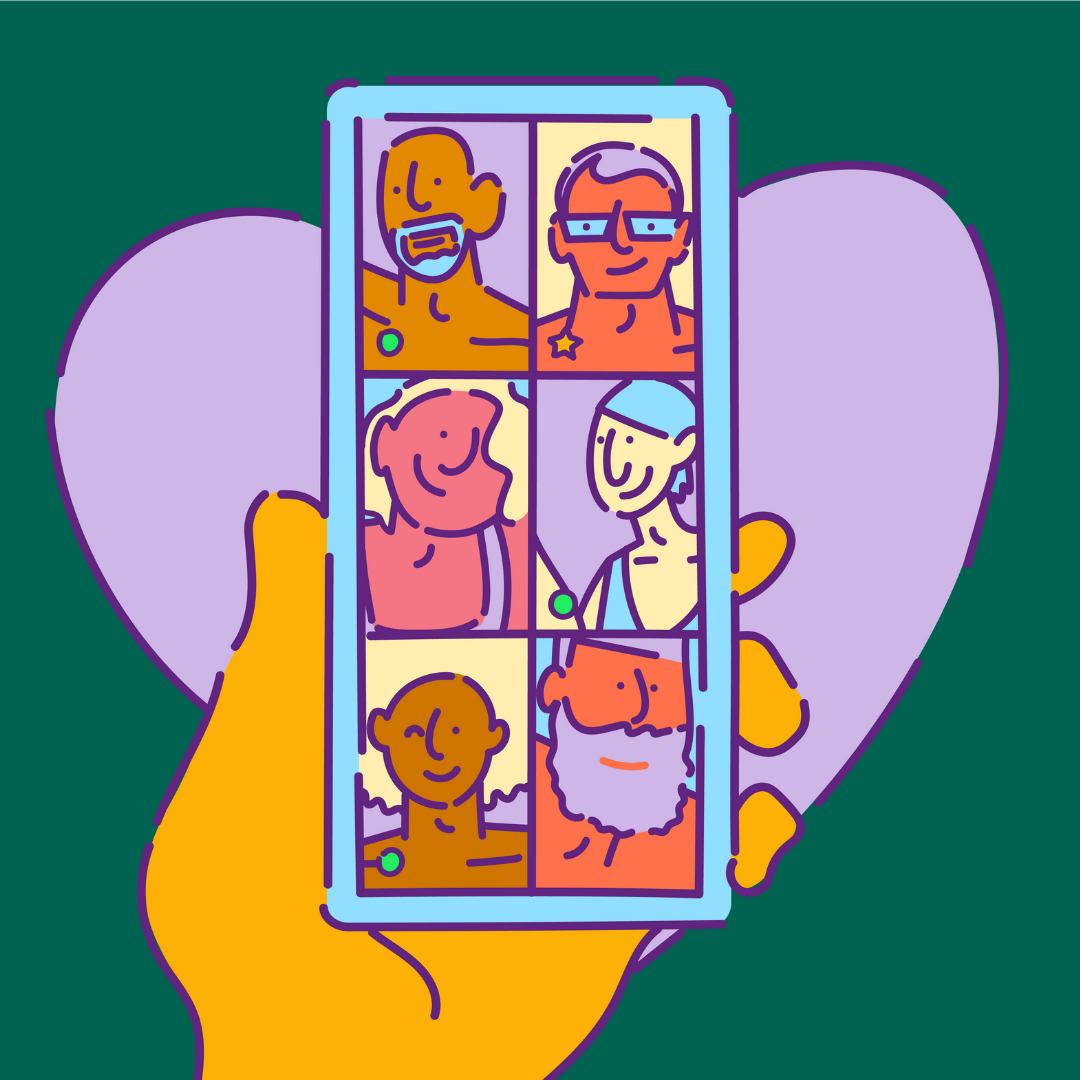