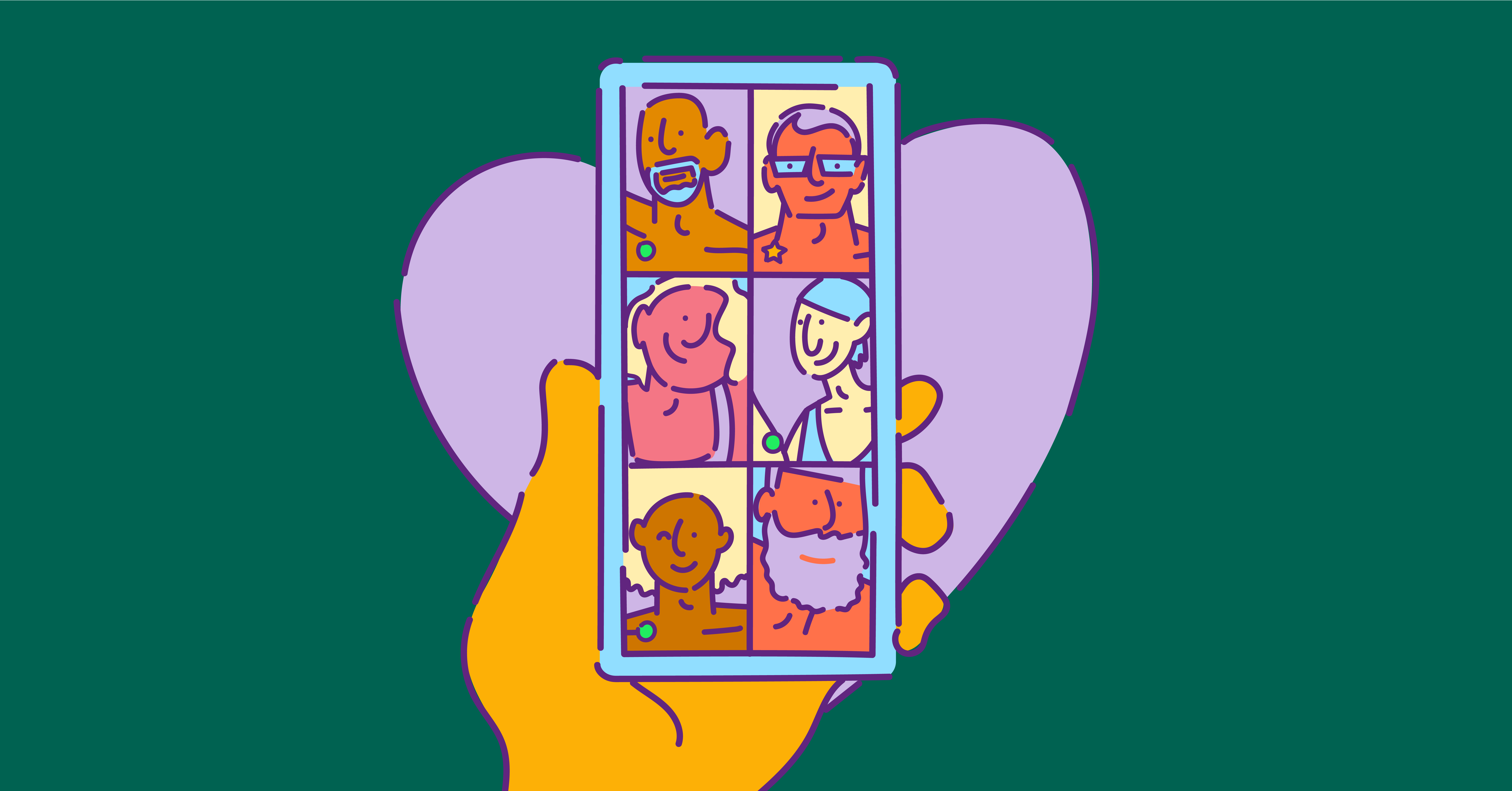 With over half of all gay couples meeting online, if you’re looking for love, you might wanna plug in. (Not like that. Like, with your phone. You know what I mean.) Compared to 22% of the general population, LGBTQA+ couples meet online by an overwhelming 67%.

Now that there are over 1,500 active dating apps and sites around, the opportunities to waste time creating and deactivating profiles are endless. Obviously, some are better for LGBTQA+ folks than others, but when it comes to queer dating for male-identified or presenting people, one always rises to the top of the conversation: Grindr.

It’s not the only one in town, but being as ubiquitous as it is, let’s take a look at the pros and cons of the Grindr experience.

With over 27 million users worldwide, Grindr is the biggest boy on the block. This means that the chances to find whatever you’re looking for (and Grindr being Grindr, that’s a big whatever) might be way higher than a competitor app. It’s especially true if you’re in a small city or (cue horror music) not even in a city at all!

While general dating apps have taken giant leaps and bounds toward being more LGBTQA+ friendly over the last decade or so, it’s hard to swipe-swipe-swipe away on Tinder and not feel like it was For Heteros, By Heteros.

The understanding of gay culture, tribes, and language of Grindr can make it feel more like home. If your home was populated largely by headless torsos. Anyway!

Not just like casual “it’s just a pReFeReNcE” Racism Lite, but like, your grandpa’s racism. It’s hard to get in a fun, sexy mood when you’re scrolling crazy shit like “No Blacks” and “No Asians.” What the actual safer sex fuck, right?

In Grindr’s defence, they are, in public relations parlance, “working on it.” Bless them. They vowed to take off the ethnicity filter (hello, welcome to this century) and ban the use of “exclusionary language” in user bios.

Howevs, the Kindr Grindr (this isn’t my dumb joke, this is ACTUALLY the name they went with… which must have made German users hit the damn floor) is being criticized by some as not going far enough.

The enforcement is lackadaisical, and it mostly amounts to a plea to please play nice. An excellent Slate piece pointed out that Grindr could implement automated language scans for offending phrases that companies like Ubisoft use but went the PR-stuntier way instead.

Pro: Grindr does allow users to set up a couple’s profile

Whether you’re a non-monogamous couple or you’re looking to be the happily freewheeling third, Grindr recognizes and allows for non-monogamy to thrive in a way that feels reflective of a lot of actual open relationships. And on the flip side, it makes it easier for users to filter out the already coupled up users if they’re more of a bicycle built for two, so to speak.

Con: Grindr will make you a deal...

Grindr is the place for meeting people, including your friendly (ish? Maybe?) neighbourhood drug dealer. If you’ve been thrown off by the weird capital T’s and the enthusiasm for a fun-lovin’ gal named Tina, that’s drugs. Diamonds? Drugs. Snowman? Sorry, Mr. Policeman, I gave you all the clues, and they were all drugs.

For a population that’s disproportionally at risk for substance use, it could be a little triggering to let struggling users know that a quick score (PNP, or “party and play”) is just 400 feet away. Of course, everyone knows that banning one terminology or means just invites another to sprout up in its place like a Hydra.

Pro: Grindr is getting chiller

Don’t want Grindr broadcasting all of your business to whomever might sneak a cheeky peek at your phone? Well, your decoy duck has arrived in the form of Grindr’s “Discreet App” feature that gives you the option of replacing the Grindr app icon symbol with something else that’s ostensibly less looky-loo to prying eyes. Hi Mom!

There’s also a relatively new feature on the app messaging system that allows you to “unsend” texts and photos to strike ’em from the record from whoever you’re talking to. This is pretty handy if the chat takes a turn for the worse and you start sweating about that spicy nude you sent a few weeks ago. You can also block screenshots for chats, expiring pics, and whole profiles.

Con: Grindr will make you miserable

And not just because that Equinox dude with the dimples didn’t text you back, although that one stings too. In a study of current apps from the Center for Humane Technology, Grindr was the number one most misery-inducing app used, with 77% of users reporting regret and just basic shitty vibes after using the app. Compounding this is that the average user spends two hours a day on Grindr. Oy.

Pro: Grindr is gonna get you to the gym

Or so says its founder, Joel Simkhai, in a New York Times interview. “Grindr made me get fit and go to the gym more, get better abs. People criticize it for being superficial, but I didn’t invent that in human nature. What Grindr does is makes you raise your game.”

On the one hand, using Grindr for gym buddies does totally exist. And I’ll bet that those Gym Buddies With Benefits (remember to take your PrEP 😉) do actually go to the gym more than those of us with an iPhone full of audiobooks we’ll totally get to someday.

Con: Grindr is going to make you feel bad about your mere mortal body

According to a study at Ontario’s University of Waterloo, Grindr doesn’t only increase men reporting feeling bad about their weight, but researchers question if weight stigma might actually be built into the app itself by the way it asks users to self-identify.

Another study out of California State Polytechnic did a deep dive in the words that Grindr used to describe it on social media, and the results were… not great. Not only did users talk serious shit about what the researchers delicately called “toxic behaviour,” but they also continued to use the app to validate their self-image after it had already worn their self-esteem to a nub.

Maybe the moral of the story is to take Grindr at face value— a repository of imperfect people behaving imperfectly.

But also, go take a walk. The fresh air will be good for you.

Interested in reading more about Grindr? Check out our pieces on the history of Grindr , 11 tips for staying safe on Grindr, and the 22 types of profiles you'll meet on Grindr.

While the majority of Canadian dating apps are geared toward monogamous folks, some are friendlier towards ethical non-monogamy. Here's our review.

In 2009, Apple announced that the 2nd-generation iPhone would accommodate 3rd-party apps. Grindr was the first gay dating app available to the masses.