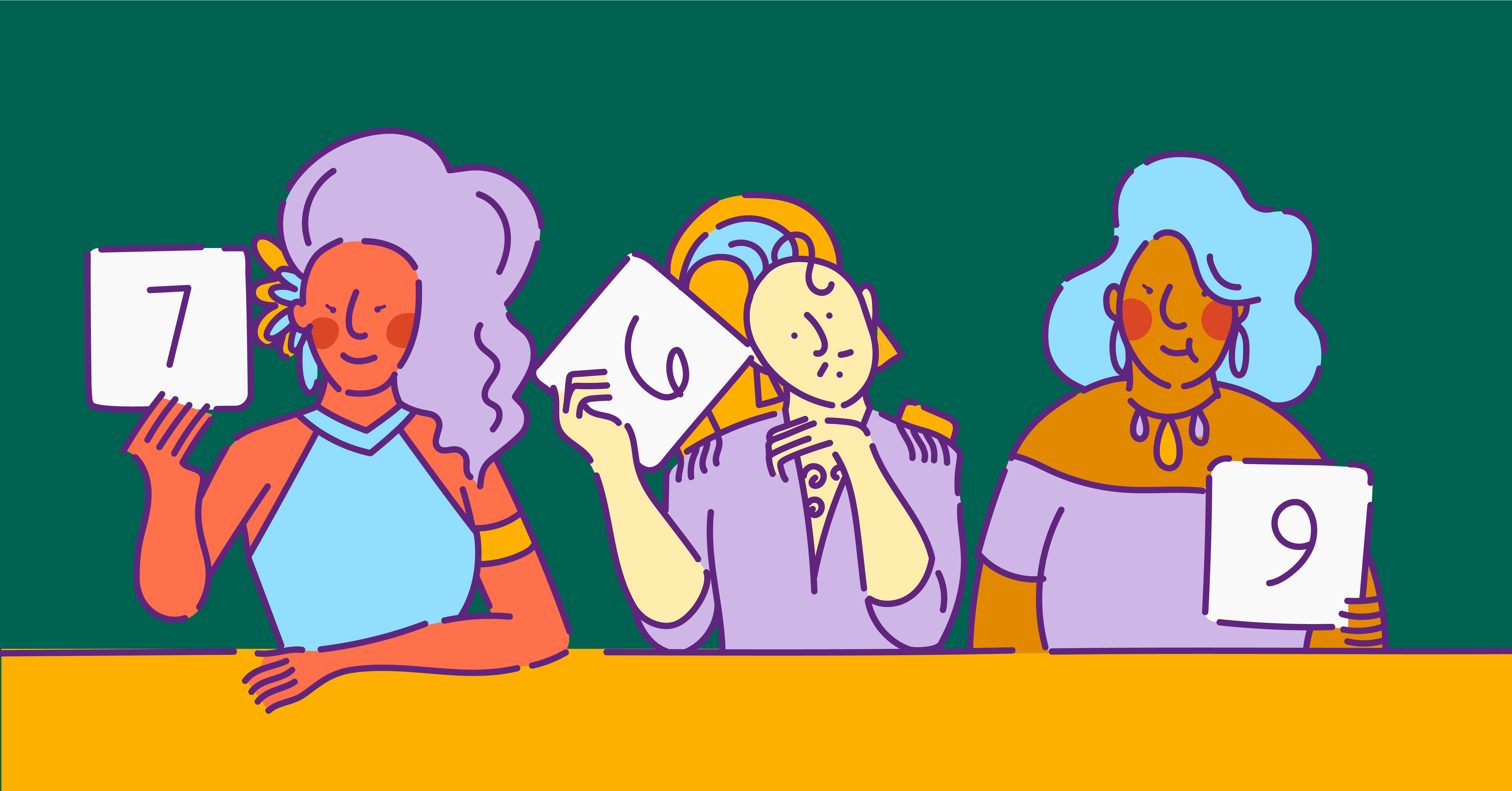 Unless you've been living under a rock… you've probably at least heard of some drag performers. With drag brunches, spin-off television shows, and popular YouTubers, drag performers are having their moment! But there is so much more to drag than meets the eye.

Let's break it down.

Drag is first and foremost an art form! Drag is a gender-bending creative expression in which folks create a persona through makeup, wigs, and the wardrobe of (typically) a different gender. Drag is a form of self-expression and is often used to celebrate the queer community. If you're heading to a drag show, you can expect to see memorable outfits, great comedy, fun music, pussy popping, and lip-synching. Performances may be solo acts or group acts.

Many drag performers say there are no rules to drag. Instead, it's a way to have fun, build personal confidence, and find your footing in the world you've struggled to find your path in. It's a common misconception that all performers are queer, though many are.

Drag performers' personas are built by themselves and sometimes with the help of their fans. There are many talents that each performer can choose to focus on. Some performers focus on comedy, who are full of jokes, and the ability to own a stage. Others focus on fashion and serve #lewks, which means they create memorable fashion statements, complete with incredible makeup.

A drag queen is typically a performer who creates an over-the-top or caricature version of a "feminine" persona, often with fabulous outfits, makeup and wigs.

Drag Kings are also royalty, though they receive less visibility and airtime. Drag kings are performers who present in "masculine" clothing, makeup, beards, and outfits.

There is a lesser-known OG drag queen who deserves some praise: William Dorsey Swann.

Swann was a tenacious activist, born in Maryland in 1860. He persevered through the Civil War, pervasive racism, and other injustices while becoming one of the first drag queens to run impressive drag balls (we'll get to what these are soon), which would continue on after his passing.

Centuries before Swann was William Shakespeare in jolly England. The church's rules ran supreme during Shakespeare's time, meaning he could only hire male actors who took to dressing as females when the role required. It's said that this is where the word "drag" comes from, due to these men dragging their dresses across the floor.

Throughout the 1920s, an underground subculture emerged: drag balls. This was primarily in New York City and was notoriously non-inclusive. Dissatisfied, the trans, black and latinx community created their own underground ball culture in the 1960s (which later merged into one safe, inclusive space towards the 1970s, though primarily was still driven by the trans, black and latinx communities.) Drag balls were fierce, and these competition-style performances saw performers taking to the stage, occasionally as a "house," aka teams, or singularly. Often, the performers were dressed in drag, but not always. There were different competitions, themes and styles and performers were judged on the outfits they could create, their runway walks, makeup skills, spoken word, dancing and importantly, voguing! These drag balls invented voguing, not Miss Madonna!

Simultaneously, throughout the 1920s, was America's era of prohibition, where alcohol was banned and being gay was still very much illegal. But the devious queers were having none of it and created impressive underground clubs, or speakeasies, to solidify their existence, and drag performances by Rae Bourbon and Bruz Fletcher flourished within these spaces. Shows were sometimes attended by high society, putting "high class" Americans in the mix. This era was known as the "pansy craze" and allowed for a newfound feeling of liberation.

While speakeasies were hidden in plain sight, the over-policing of queers and queer spaces was glaring. This included the raid of the popular Lafayette Brother's Turkish bath, frequented by gay men. In 1929, eight undercover police officers entered, beat, interviewed and arrested multiple men. In 1918, in San Francisco, a cop undercover as a cook entered a new community living space for gay folks, The Baker Street Club. They overtook the space, locking tenants in for over a week, interviewing them and arresting them for their "illegal" actions, and this led to multiple arrests in other cities like New York.

The Post-prohibition era was coupled with the Great Depression, the oncoming Second World War and queer-centric spaces were pushed further unground. It was a very repressive time to be a queer, with laws stating that no gays or lesbians could work at mainstream bars, restaurants, and cabarets nor could queer folk even be served. Establishments were heavily policed and threatened with loss of licence should they do so. Even underground clubs were regularly raided, and folks were arrested, which ultimately pushed the drag scene back underground.

Following the Stonewall riot (which was ultimately triggered by overpolicing) in New York in 1969, things began to change for the better with the creation of the Gay Liberation Front. Slowly but surely, drag was welcomed to the mainstream thanks to shows like Some Like It Hot, The Rocky Horror Picture Show, drag queen Divine in the 1988 production of Hairspray, Diana Ross's celebrated hit "I'm Coming Out" (which she was told would end her career!). The first episode of the famed drag queen competition show led by Ru Paul aired on February 2, 2009, and has been running ever since.

For drag kings "masculinity," can be bent, twirled, and kicked into whatever they want it to be.

While androgyny, or opting for clothes or accessories that aren't "typically" "female" or "male," has been around since the start of time, we have folks like blues singer Gladys Bentley and Annie Hindle to applaud for drag kings' arrival to centre stage.

Annie Hindle's "masculine" impressionist shows were popular in the 1860s, followed by Gladys Bentleys in 1920-40. Bentley was a black lesbian performer who took to the stage in "masculine" clothing. Later, Stormé DeLarverie kinged it out at many venues in New York throughout the 1950 and '60s and was a key figure in the Stonewall Riots.

Drag kings continued to grow throughout the 1990s with kings like Murray Hill and the rise of lesbian venues where drag king performances, competition, and gender workshops were celebrated.

Many kings take the stage for performative activism: discussing the complexity of gender and turning it out to great tunes. Drag crushes our binary notions in an entertaining and intelligent manner.

The history of drag is undoubtedly more complex than the brief history above, and it's thanks to countless brave, influential, and groundbreaking LGBTQS+ folks we have the art form we enjoy today.

Queens of the North

Like our neighbours in the south, Canada's history in drag is interwoven with complex laws and harsh discrimination (plenty of queer establishments celebrating drag were raided through the '70s, '80s and '90s).

In the 1930s, drag performers expressed themselves at Halloween events like those at the Scottish Society in Winnipeg to be free while disguised amongst the fellow costumed. After World War 2, the 1950s gave rise to conservatism, with drag and "being queer" looked down on.

However, balls and pageants were being run underground across the country by drag stars like Honey Monroe. Activists such as Ted Northe in 1958 stood head to toe in drag at the Vancouver courthouse to protest the criminalization of homosexuality. We later saw Michelle DuBarry rise to fame in the 70s and plays such as Hosanna featuring drag queens, which brought drag to mainstream media. In 2020, Canadian drag queens were finally featured on the main stage of the television show Ru Pauls Drag Race Canada hosted by Jeffery Bowman-Chapman, where Toronto drag queen Priyanka took home the coveted crown.

If you'd like to read more, check out our list of 24 Canadian drag performers to keep an eye out for.

Ready to see some drag? Luckily, Canada is crammed with spots for you to support our queens. Here's a non-comprehensive list of a few bars/clubs you can find drag shows within Canada.

Drag performers are an integral part of the LGBTQ2S+ community, and we are in a very privileged and exciting time to have such incredible performers accessible to us. Drag continues to push the boundaries in all sorts of ways, especially thanks to trans, non-binary, black and indigenous performers. Anyone, including you, can become a drag performer if you'd like to. If you prefer to just watch, here are 24 Canadian drag performers to keep a look out for.

So, get out there and support your city's royals! And don't forget to tip!

Drag 101: 24 Canadian Drag Performers To Look Out For

Canada is making a name for itself in the world of drag with amazing shows & performers. Below is a roundup of amazing kings & queens to look out for.

Drag 101: How To Become a Drag Performer

Drag performers are iconic. They bring fun, keep you on your toes, and are incredibly inspiring. If you’d like, there’s no reason you can't be one.