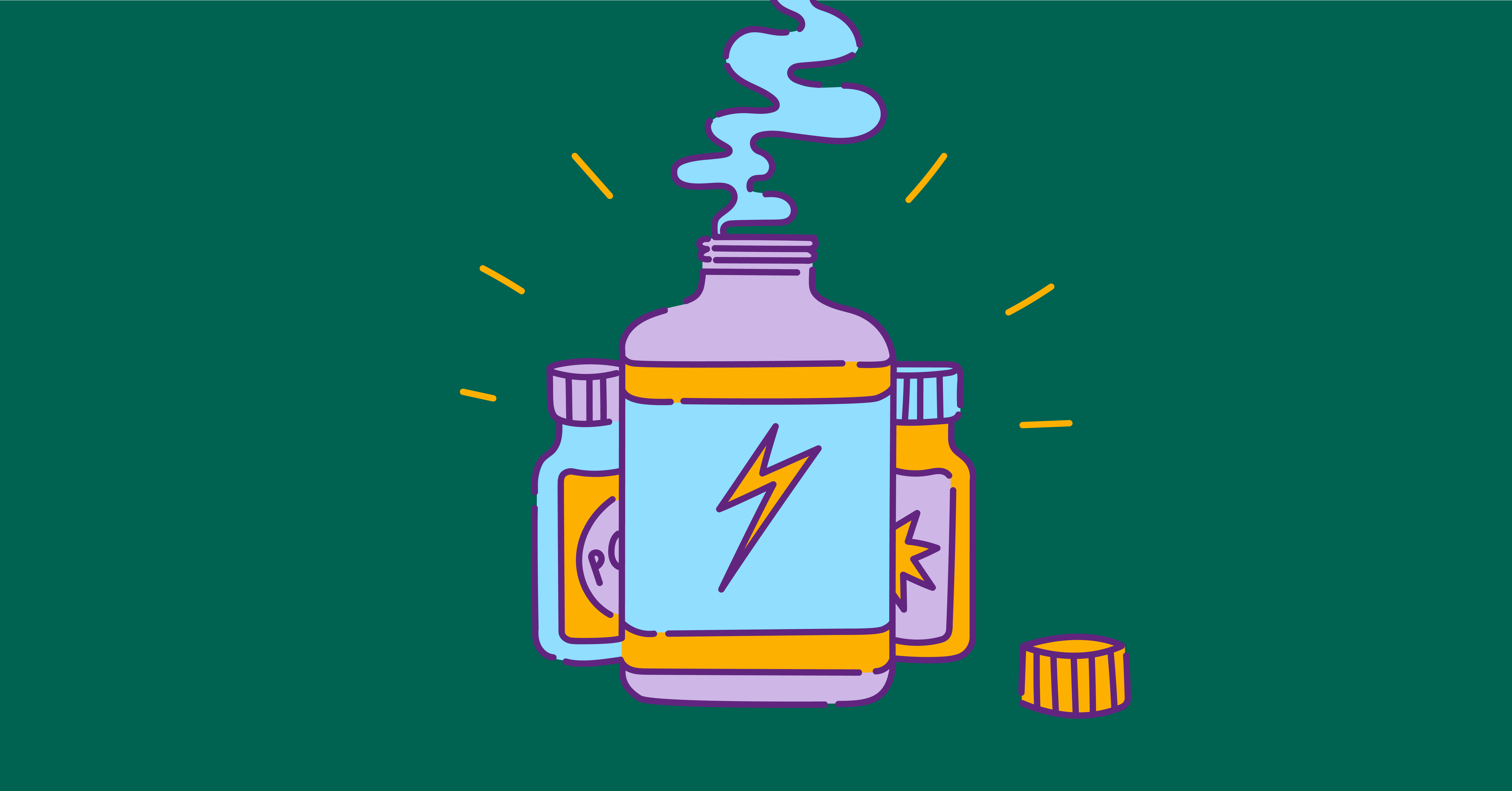 Alkyl nitrites—aka “Poppers”—are commonly used in the queer community and, like any other substance used as an aphrodisiac, they have benefits and risks.

But you may be asking yourself, “Why are poppers so popular amongst queer people?” Well, lucky for you, we’ve got you covered.

Sit back, relax, and let us take you on a tour of poppers and their use over time.

Going back thousands of years, Indigenous tribes ingested the coca plant to speed up their heart rates and get the blood moving quickly. In the 1800s, a German scientist would extract cocaine from the coca plant. By the late 19th Century, doctors like Sigmund Freud prescribed cocaine for many ailments and used it regularly. Coca leaves were even used as the main ingredient in this new drink some random guy named John Pemberton created. It was a fizzy, dark, sweet, and bubbly drink that did a great job of boosting energy. He’d go on to call it Coca-Cola.

Amyl nitrite (part of the larger group of compounds called alkyl nitrites) was discovered in the 1800s and became a common drug used to treat heart conditions. Of course, the more people used it, the more they noticed the incidental effects—lightheadedness, increased blood flow, and a sense of euphoria. So, it became a substance used as much for recreational purposes as it was for medicinal ones.

Drugs have a way of starting out with one purpose and making a left turn into another. A little-known plant called Papaver somniferum L., for example, is a medicinal plant historically used for pain relievers; it’s also the main ingredient in heroin. Viagra was originally developed to treat chest pain and high blood pressure; now it’s a multi-billion dollar drug used to gain and sustain an erection.

This sociological phenomenon helps contextualize poppers and their prevalence in the queer community.

The early 1900s saw LGBTQ+ people criminalized and prosecuted for their identities, enforcing a social contract where people stayed in the closet and only lived out their identities in secret spaces with like-minded people.

Oppression has a tendency to make us run for the hills, especially for anyone during these times who wasn’t cisgender and heterosexual. Those that didn’t pretend to be cis or straight would face immense ridicule, incarceration, and sometimes even death.

But, with the 1960s came a significant social shift. As queer folks witnessed international movements for civil rights, gender equality, and an end to wars, LGBTQ+ rights also became a demand folded into conversations around fairness. Then in the 1970s and 1980s, a bit of a sexual revolution happened. The historic Stonewall Riots of 1969 set off a liberation for LGBTQ+ people that hadn’t been experienced before.

It took hard work, dedication, years of advocacy and activism, and pure grit for queer people to find and sustain safe spaces for themselves. Gender and sexual minorities fought—and are still fighting—a tremendous battle for acknowledgement and equality (and the fight still rages on). We still have a lot of work to do, but we’ve made several collective leaps in the last few decades to carve out spaces for ourselves that affirm and celebrate our identities.

While our collective struggle for human rights and the right to live freely waged on in the 1970s, substances like alcohol and tobacco were used to take the proverbial edge off, relax, and enjoy whatever scene you were in. Other substances like cocaine, heroin, and poppers entered the scene as well. Of course, what sets poppers aside from other drugs is the distinct impact on smooth muscles like the sphincter. So, it became a party drug, but also a drug to make butt sex just a bit easier and more pleasurable.

Historically, poppers have occupied a gray space in the law, hovering between legal and illegal. On the one hand, amyl nitrite is a non-addictive drug prescribed to treat heart problems. On the other hand, it doubles as a substance that helps loosen inhibitions and that stubborn sphincter muscle, but with some risks to the user.

Since the 1970s, poppers have been used regularly—predominantly by queer men—to enhance sex. However, Health Canada, the nation’s federal health agency, banned the use of poppers in 2013. The crackdown on poppers usually came in raiding local stores, seizing products, and imposing fines. For the last eight years, men have had access to the drug either online or in novelty or adult stores. These stores usually market the drug as a room deodorizer, leather cleaner, and other uses that don’t involve human ingestion.

“The ban on poppers is nothing new. Drug policies are rarely based on the best evidence or a true interest in public health,” said Jona Tanguay, a board member of GLMA: Health Professionals Advancing LGBTQ Equality.

“If they were, most countries would have decriminalized all substances, opened up supervised injections sites and drug testing sites, and pushed funding towards low barrier substance use treatment rather than punitive measures.

It is common for authorities to act unilaterally under the guise of protecting a vulnerable minority. However, if the voice of that minority is not centred in the decision-making process, even the best intentions go astray.”

A 2020 study by the British Columbia Centre on Substance Use found that queer men often accessed poppers on the unregulated market and other untrusted sources. This only heightens risk and the potential for these people to buy questionable and potentially dangerous substances.

So, access to poppers through legitimate brick and mortar and online retailers has decreased due to the 2013 ban, but the demand hasn’t gone down. Let’s also take into account that many retailers may sell “leather cleaner” and “room deodorizer,” but we’re not really keeping track of and reporting the buying and selling of these products.

In May 2019, Health Canada raided an adult video store in Ottawa selling a new kind of popper product—one that contains ethyl chloride. For those of you who don’t know what ethyl chloride is, it’s a drug used as a topical anesthetic. While not addictive, inhaling the gas can cause dizziness and can even knock you unconscious.

This year, the popper problem has become political, with both conservative and liberal politicians calling for more research to study the impacts of the drug. Advocates are pleased with these calls and hope that a responsible, fully-informed discussion will lead to the legalization of poppers and fair regulations that ensure safe access to the drug.

“I am glad that the LGBTQ+ community in Canada is doing what we have proven time and time again works for us: standing up, speaking out, and making our voices heard,” said Tanguay.

So, if you want to go down the popper path, here are some common-sense rules for harm reduction.

If you’re interested in learning more about chemsex and how to have it responsibly, visit www.chemsexharmreduction.org.

Additionally in this series on poppers, we've written on what to use instead of poppers and the history of poppers in the LGBTQ2S+ community.

Looking for alternatives of what to use instead of poppers? Join us as we explore popper substitutes like foreplay, meditation, CBD lube, and others.